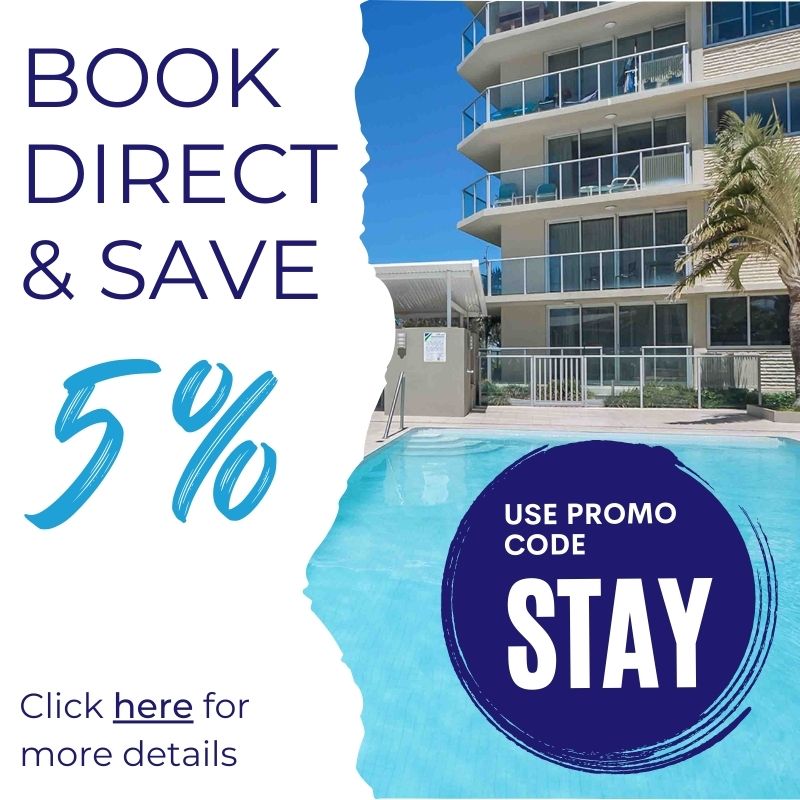 These are lots of events to look forward to in the next few months. Check out these Gold Coast Events 2019 and enjoy your Gold Coast holiday.

Festival of Film, Music and Dance

The event is a recognition of the ever-changing film industry on the Gold Coast. Showcasing short films from some of Australia's most brilliant filmmakers, mesmerising live performances of musical scores and fantastic dance routines from your favourite movies.

The festival will highlight the fantastic Gold Coast Philharmonic Orchestra playing musical themes from favourite movies. Against the impressive ocean backdrop of Surfers Paradise beach, this is an extraordinary experience of music and film you should not miss.

Adding even more fun to the event, Eisteddfod-grade school bands and local dance groups will also entertain the crowd with pieces reminiscent of famous dance movies.

With film at its core, the event holds two short film festivals alongside the Gold Coast Film Festival.

SIPFest, also known as Shorts in Paradise Festival, is the only place you can watch movies on the beach. SIPFest will captivate audiences with 14 short, cinematic gems created by filmmakers from around the country and several international filmmakers. Industry experts will award $8000 in prize money across eight categories.

Entries are welcome for the competition.

Featuring eight talented filmmaking teams who have been granted $10,000 each to make a short film that challenges views about ageing, B.OLD celebrates these films.

The weekend culminates in classic Australian dance films such as Dance Academy: The Movie and Strictly Ballroom. Catch your favourite dance films at the giant outdoor cinema on the famous Surfers Paradise beach. Bring a blanket, munch on some popcorn, and bring your friends and family along. Enjoy over two great days and nights out to honour film with the Festival of Film, Music and Dance! Save the dates and enjoy the festival from April 6 – 7 in Surfers Paradise.

Professor Cunningham and his Old School are renowned as one of the top bands of the International Swing scene. The group has garnered a strong following both in their hometown, New York City and globally since they began five years ago.

Their brand of swinging and grooving repertoire deeply tied to the New Orleans tradition; from early jazz to early R&B reminiscent of Fats Waller, Professor Longhair, Sidney Bechet, and even Fats Domino! Leading the critically-acclaimed group, "Professor" Adrian Cunningham is an Australian born New York- based musician and vocalist. The group has been winning accolades everywhere as winners of the international swing band competition World Jam in Madrid, besting other bands to win Best Band, Best Horn Section and Best Rhythm Section.

The Professor will be creating a unique one night show of sheer undiluted New Orleans Jazz. The show is right on the heels of Mardi Gras over in New Orleans!!

Check out this Gig Guide Gold Coast. Enjoy the show on March 6 at Home of the Arts.

I'm Not Running is an electrifying new play by David Hare (Skylight), debuting at the National Theatre and filmed live for moviegoers.

Pauline Gibson has dedicated her life to being a doctor as well as the motivating leader of a local health campaign. When she sees her old boyfriend, coincidentally a fierce loyalist in Labour Party politics, she has to make a painful decision.

Will you sacrifice your personal life and your quiet existence for something beyond a single issue? Will she be bold enough to try?

Hare has been described as ‘the premiere political dramatist writing in English'. His other notable work has been broadcast. Works such as Pravda and Skylight cement his status as a premier playwright.

Water Lilies of Monet: The Magic of Water and Light

Take an exciting expedition through the works of art and emotions of the incomparable Impressionist, Monet.

When Claude Monet won over the depression that had led him to leave painting behind, he surrendered himself body and soul to his most magnificent undertaking: The Grand Décoration. Huge panels represent his beloved water lily pond, so immense as it wraps around the room that the viewer's gaze is immersed in an environment of serenity and tranquillity.

This brand new and profoundly detailed art film allows us to glimpse what inspired Monet to resume his work and to create such an amazing and memorable work of beauty.

Follow the River Seine on a visually stunning journey from La Havre to Giverny and Paris. See critical moments in the life of the world's most respected painter. With breathtaking accuracy and access to some of his greatest masterpieces, marvel the beauty and magnitude of Monet's work.

The film includes special guest stars actress Elisa Lasowski of Game of Thrones fame, with the special participation of Ross King, author of the best seller Mad Enchantment: Claude Monet and the Painting of the Water Lilies.

A Range of Apartments

We have Surfers Paradise Apartments to suit your mood. The two bedroom standard has two bedrooms and two bathrooms. A full kitchen makes it a breeze for you to prepare meals. Other amenities such as laundry, separate living and dining area, ceiling fans, a large TV, Austar, and WiFi access are available for use. Enjoy the ocean views from the large balcony. WiFi access is quick and reliable.

Our guest facilities include a tennis court where you can practice your swing. Lounge around the indoor and outdoor pools. Soak in the heated plunge pool and spa to feel relaxed. We also have a sauna, gym, tour desk, barbecue area, and secure children's playground. Use our free secure undercover parking for your car. Free WiFi, fax and photocopying service make it easy for you to work away from the office. Set up the barbie and start a party.